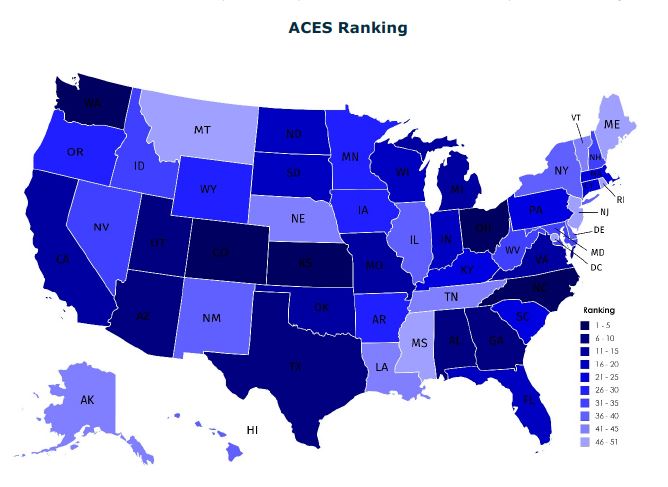 The following is an excerpt from a recently released Teal Group study analyzing regional aerospace industry competitiveness across the U.S. For the full report please click here.

Based on the research conducted for this study, the states of Washington, Ohio, North Carolina, Kansas and Colorado offer the most competitive business environments for the manufacture of aerospace equipment. These states ranked high in a number of the evaluation categories and corresponding metrics.

Washington scored extremely well across all categories and was a top ten finisher in all but one. It ranked first in two categories: Economy and Industry, while finishing second in Labor & Education and Costs.  It was ranked number five in Risk to Operations, Research & Innovation and Taxes & Incentives. Infrastructure was the only category where Washington fell outside the top ten.

Ohio had the second highest overall rank, with significant separation between it and the state of Washington.  Demonstrating the substantial gap between first and second, Ohio finished in the top ten in only two categories, Labor & Education and Industry. It did finish in the second ten in a number of categories, thereby reinforcing its overall strong showing.  These categories included: Economy, Risk to Operations, Infrastructure, Costs, and Taxes & Incentives.

North Carolina also had a strong showing in a number of categories and finished as the third highest ranked state. It finished first in the most important and highest weighted category, Costs. In addition, it had very strong rankings with two other top ten finishes in Taxes & Incentives and Industry. It had two second ten rankings in Research & Innovation and Risk to Operations.

Kansas came in fourth overall, with top ten category rankings for Industry, Labor & Education and Costs. It was at the bottom of the second ten for Infrastructure.  Kansas was a poor performer in Risk to Operations, coming in at number fifty.

Colorado ranked fifth overall. It is particularly strong in Research & Innovation, Labor & Education and Taxes & Incentives, having top ten finishes in these three categories. The Economy and Industry categories came in second ten highest rankings. It did not score well in the important Costs category, thereby substantially limiting its ability to score even higher in the overall aerospace competitiveness ranking.

Thomas J. Zoretich, is responsible for Teal Group’s economic analysis and forecasting. During his more than 35 years of professional experience, he has worked as an economist with a diverse set of government and corporate organizations, including Florida Power & Light Corporation, Standard & Poor’s, McGraw-Hill, The US Department of Commerce, and the Bureau of Economic Analysis. Beyond his extensive economic and aerospace industry experience, Mr. Zoretich has supported strategic planning and marketing functions. He held the position of President and COO of MVL Group, a marketing services company, and was CEO of CAVI Inc., a marketing technology company. He has consulted with the marketing departments of major corporations, including several listed below.

Mr. Zoretich has directed and contributed to projects for the US Department of Defense, US Department of Homeland Security, US intelligence agencies, US Department of Energy, US Department of Commerce, US Defense Conversion Commission, US Base Realignment Commission, various state government agencies and many private companies including Northrop Grumman, General Dynamics, IBM, TRW, Toyota, GEICO, Ameriprise, Fidelity, Bank of America and Coca-Cola. He has served on the boards of the Florida Chamber of Commerce Research Commission, The Miami Herald Board of Economists, the Dade County Economic Forum, The University of Maryland, University College, Graduate School of Management & Technology, and the Council for Marketing and Opinion Research. Mr. Zoretich received advanced degrees in Economics from the University of Notre Dame and Tufts University and received his undergraduate degree from The Pennsylvania State University.

Richard is Vice President of Analysis at Teal Group. He manages consulting projects in the commercial and military aircraft field and analyzes broader defense and aerospace trends. He has advised numerous aerospace companies, including most prime and many second- and third-tier contractors in the US, Europe and Asia. He also advises numerous financial institutions on aerospace market conditions.